The Bank Commonwealth of Australia (“CBA”) Group is the largest bank and best known financial services brand in Australia. CBA is one of the largest listed companies on the Australian Stock Exchange and is included in the Morgan Stanley Capital Global Index.

CBA operates predominantly in Australia and New Zealand, with a small presence in Europe, North America and Asia. CBA's products and services are provided through divisions including Retail Banking Services, Business and Private Banking, Institutional Banking and Markets and ASB New Zealand.

CBA has the largest retail customer base in Australia, operating the largest financial services distribution network in the country with the most points of customer access and more than 1,100 branches nationally.

With its strong reputation and solid financial foundation, the Bank Commonwealth of Australia looks forward to seeing PT Bank Commonwealth play a significant role in Indonesia's future and bring a positive influence to the development of the Indonesian banking sector. 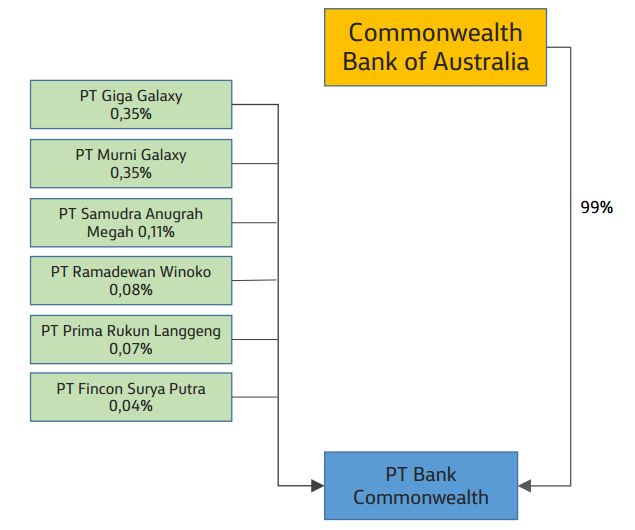 Talk to Our Expert